Rapid growth in the metropolitan region that spans Southeast Nebraska and Southwest Iowa is leading to the development of a urban/rural metroplex that in less than 50 years will be home to more than 2 million people. Such rapid growth will present many complex challenges and opportunities that no single community can face alone.

The Flatwater Metroplex Conference, created by the Joslyn Institute for Sustainable Communities, put together a volunteer organization and a communication strategy that focuses on the future quality of life of urban and rural communities in the Metroplex region. You can download a PDF copy of the 138-page final report here >.

The region is roughly defined by 60-mile radius zones surrounding metropolitan Omaha/Council Bluffs and Lincoln. Of particular concern is the area where these zones overlap, a region of intense growth potential that also contains some of our best farmland and our most threatened and fragile ecosystems. It is a region where existing and potential conflicts between rapid growth and environmental quality, and between communities and limited resources, can diminish our quality of life and seriously degrade our environmental, social and cultural resources. Ultimately, a region divided will also see its economic potential severely curtailed.

Growth does not have to come at the expense of community life or environmental quality. Rather, greater prosperity and environmental health can be provided for all communities in the region if they choose to work together to manage new growth. Through a regional dialogue facilitated by the Flatwater Metroplex Conference, communities can work together to enhance economic opportunities and manage shared resources while also preserving their unique qualities and heritage.

The Flatwater Metroplex region includes bluffs, tree-lined rivers and watersheds, and rolling hills that flatten into prairies and fertile, alluvial basin agricultural lands in almost every direction. It includes three major cities, 119 communities of more than 400 people, and is approximately 150 years young as a place of human settlement. By some opinions the region has grown in population and developed too slowly, and by other measures the region has prospered in a slow-but-steady, diversified, and healthy manner of growth.

For the most part, the region’s most important assets are still intact—environmental degradation has not reached the point of over-use and misuse to cause quality-of-life flight or disaffection from the region. What the region may lack in dramatic natural beauty, it more than makes up with the constant life-and-soul enhancements of broad horizons and green landscapes with clean air, good quantity and quality of water, a dependable four-season climate with an abundance of solar energy, and some of the most fertile soil in the world.

The natural environment, like the people who settled here, is unassuming, showing quiet distinctions and changes from place-to-place with both fragile and resilient qualities, and many, many inherent beauties for the eyes that take the time to see. Read the landscape through the eyes of Lewis and Clark, and read the landscape today, through your own critical sight. Have we done as well as we might have? Have we treated the ecosystem as poorly as some others? Is the despoiling sprawl of human habitation over natural systems inevitable – just the natural outcome of development? Is this a pivotal time in our future?

What does seem inevitable, and with an emerging set of critical consequences, is the matter of an accelerating growth pattern for the region. Conservative population estimates beyond the present 1 million in the region project the growth at more than 2 million residents by the year 2050. Omaha has recently reached a new “market distinction“ of 400,000 people, while Lincoln/Lancaster County has eclipsed a 250,000 marketable distinction.

The dynamics of four counties—Douglas, Sarpy, Pottawattamie, and Lancaster—seem destined to insure a steady-to-dramatic growth potential for the region. The pace, the rate of growth and its sustainability will greatly depend upon the public policy and governance decisions yet to be made within and about these four keystone counties. The present development trends in these growth patterns, however, are not happy ones. Up to now the growth planning has been based primarily on auto transportation; transit options would be more efficient and less costly in the future, if the investigations could begin now. Fertile agricultural land and potential food production for urban markets is being absorbed by low-density development in every county in the region. Some counties’ future urban growth may be blocked by the sprawl of low-density acreage development.

Water supplies, and the assurances of water quality, are diminishing: strong competition for supplies is emerging between urban and rural and urban and urban/community interests in the region. Numerous habitats and the flora and fauna of the two river basins—the Missouri and the Platte—in the heart of the region are being threatened by auto-oriented development. The connected watersheds pose ever-increasing dangers of flood damage to the overlaid developments. Planning, to mitigate these consequences, is very disjointed, uncoordinated, and independent of any shared vision of the region as a whole.

On the other hand, there are healthy signs of a growing awareness of the importance of taking care of the heart of the urban communities – the core downtown areas – of the three principal cities. Omaha’s public and private commitment to the new arena, development of the riverfront, new public and private construction in the downtown, planning for aesthetic enhancements through the Omaha By Design studies, and the plan for revitalization of Midtown are all signs of belief in the future of a city with a strong, attractive central core.

Similarly, Lincoln’s commitment to a new Downtown Master Plan, the Antelope Valley Floodway project, coupled with plans for the intersecting malls and recent major restoration of the State Capitol, and continuing attention to the Haymarket area will give Lincoln one of the most compact and unique central districts in the nation. Future investors and residents will have confidence that the city likewise believes in a strong future through a strong and attractive central city.

Council Bluffs, likewise, has given recent attention to its center. The Iowa river city has no intentions of only living in the shadows of the Nebraska metro region. They have recently developed the Mid-America Center that houses a new convention center/arena, and that is attracting other economic development around it. They have passed a new ordinance and preservation plan for the endangered Loess Hills, and they are working on plans for public art, historic restoration and reuse of parts of the original downtown, streetscape improvements, and a new Union Pacific museum in the former Carnegie Library building.

Communities of all types and sizes in the Metroplex share concerns about maintaining quality of life and building on their unique cultural and environmental heritage. The Flatwater Metroplex, as a region among other similar, multi-community regions, has the opportunity to be economically viable and competitive, to be environmentally sustainable, and to be a place noted for a high quality of life for families and communities—truly, “The Good Life”.

There IS something intrinsically good about the Midwest and a central location; there IS something vitally effective about diversification of cultures, economies, and environments; there IS something valuable and lasting about solid, deliberate growth through a cooperative work ethic and shared visions; and, there IS something sustainable about the nurturing and maintenance of community that is connected and aware of itself as a part of a larger network of diverse communities. The issues outlined in the Flatwater Metroplex final report should be discussed against a backdrop that suggests there are more positive features of the Metroplex than negative, and that there are more reasons for pride and optimism than for fear and desperation. Without regional coordinated action, our greatest enemies at the moment are apathy and time.

Twitter Feed
joslyninstitute @joslyninstitute @UNLAgHortOnline: Are you a woman from Nebraska who works in the agricultural industry? Then don't miss out on @newomeninag's risk management classes for farm and ranch women taking place Nov. and Dec. across Nebraska! More details can be found at https://t.co/7meGWdgDsy. @UNLExtension https://t.co/PFcoNEgBsO 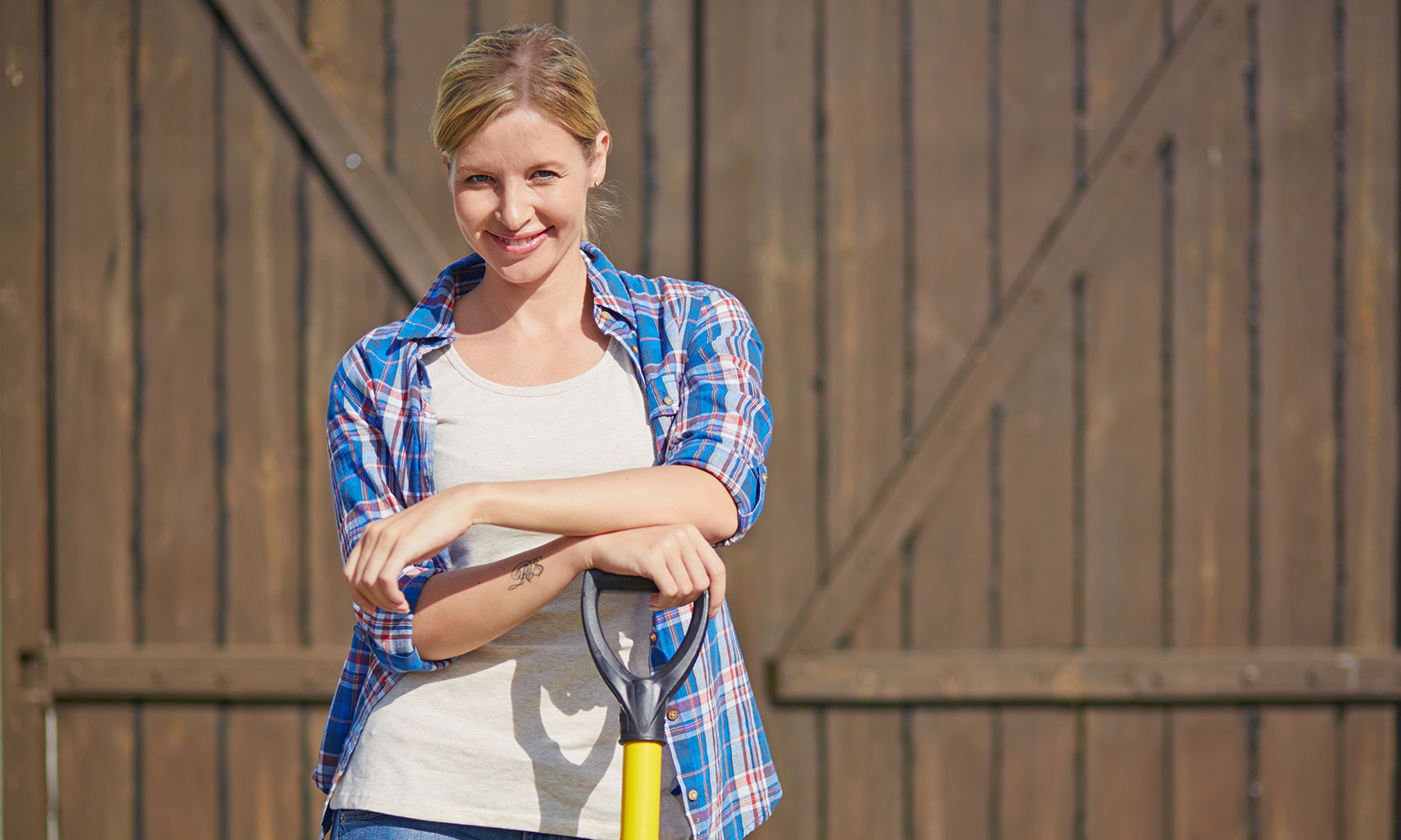 We are entering the season of excess. Did you know America spends around $2.6 billion on Halloween candy each year? The very next day massive holiday spending begins and doesn’t stop for nearly two months. With talks of stimulus checks making daily headline news and a government focus on national spending, its a good time to highlight how consumption helps and hinders our nation. What we buy and how we shop drives industry and our economy, however our choices have an enormous impact on our environment as well. While consumer awareness is on the rise, it’s easy to fall victim to impulse purchases pushed by big sales and brilliant marketing campaigns. How will you avoid the consumer trap and make conscious choices this holiday season?
#climateactionnow
📸 @dehavencottage ... See MoreSee Less